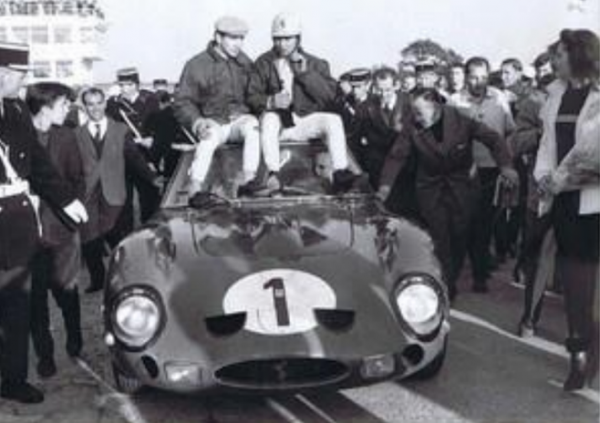 Entered by Luigi Chinetti’s North American Racing Team, chassis 3987GT with start
number #1 was driving to an outright victory at its 1000km Paris debut on Oct.21,
1962 with Pedro and Ricardo Rodriguez at the wheel. It was soon sold to the Mecom
Racing Team, which fielded it for the likes of Roger Penske, Augie Pabst and Richie
Ginther with considerable success. After changing hands several times during the
1970s and 1980s, it was acquired by the current owner in 1985.
CMC presents chassis 3987GT asit was driving to itsfirst win.