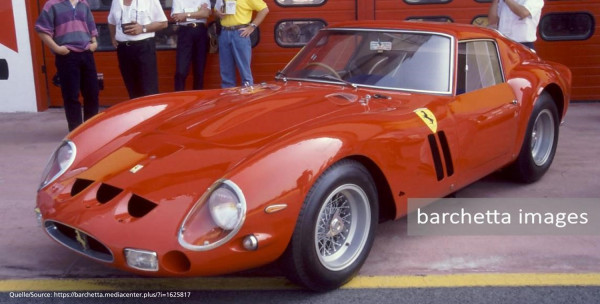 Originally delivered to Col. Ronnie Hoare’s Maranello Concessionaires, which exhibited
this right-hand-drive 250 GTO at the 1962 London Motor Show. Chassis 3869GT was
eventually bought by gentleman racer Ron Fly in 1963. He campaigned the car very
successfully in local events throughout 1963 and 1964. The subsequent owner continued
to race the car, albeit briefly. Chassis 3869GT was retired from racing at the end of the
1965 season. Since then, it has had only three owners, and is only very rarely seen in
public.